About the Holy land experience in Orlando

My friend Keith from Tampa Pest Control and I loved going to The Holy Land Experience together. When I heard it was closing I decided to write about it.

The Holy Land Experience found in Orlando is a Christian-based theme park known for its huge Roman coliseum-like buildings and crucifixion performances. This was the place where parents would take their children to learn more about the Bible, but things seem to have changed.  The owner, Trinity Broadcasting Network, recently confirmed to Orlando weekly that the park will be scaling back its operations starting from the 19th of April.

Trouble began brewing with the news early in the year that the crucifixion and other stage performances of the bible stories have been canceled.  Well, this might have been the beginning of the end, considering the stage shows, which initially played out five days a week at the Christian-themed Park is what drew people to the attraction.  The Biblical exhibits are awe-inspiring but it’s the performances that brought the Bible to life.

Many people are actually shocked to realize that Orlando’s Holy Land Experience that has managed to endure two decades of financial trouble, is no more.  On the 18th of April, about 118 employees were laid off, and they all received a letter notifying them of this.  The only thing that has remained and stood tall is the Scriptorium and the auditorium.  The park remains open, but nobody knows what tomorrow holds.

The Biblical museum was the evolution of a thriving conference center and an ancient Jerusalem model operated by Zion Hope on the property in 1997. FDOT even bought a part of the property with the intentions of linking the area to a new mall that was named, Mall at Millenia. With that said, the Holy land experience was first opened in 2001 by the Jewish organization, Zion’s Hope. It was expected to be a unique and successful theme park that would immerse people in ancient Jerusalem, bring to life the many Bible stories, and be a ministry.

However, the Orlando based park came face to face with several setbacks early in its operations.  Debts began to pile up, and fewer people were visiting the park.  The park was making much less money than what was required to maintain it. The struggle to remain relevant started that very same year it was launched.

While things were not so smooth sailing for the Holy Land Experience, some people believed in it. For instance, in 2002, Robert Van Kampen decided to establish a custom-built exhibition right there at the park referred to as The Scriptorium. He moved his entire collection of Biblical antiquities to the park, and they were all exhibited at The Scriptorium. To date, the Scriptorium is the most popular exhibit at the park as it houses a vast collection of antique bibles, Judeo-Christian artifacts, biblical manuscripts, and so much more. The Scriptorium still remains open for visitors at the Holy Land Experience.

Even with Robert Van’s collection of Christian antiquities and donations amounting to millions of dollars, the park’s financial troubles were far from over.  In 2005, Orlando’s holy land experience reported an over $2 million deficit. The endless problems might have weighed down on Zion’s Hope’s founder because he resigned that same year. Marvin Rosenthal also cut all ties Zion’s Hope had with the theme park.

Afterward, there was a back and forth lobbying for the park until in 2006, the then Florida Governor signed into law that the Holy Land Experience and other nonprofits which stage biblical scenes or display biblical manuscripts should be granted an exemption from property tax. At that time, this was a small victory for the struggling park and saw the attraction save over $1 million in taxes. Though, the tax exemption was still not enough to save the attraction from the financial tribulations that seemed to follow it everywhere.

The following year, the attraction was in an $8 million debt. The Trinity Broadcasting Network stepped in and agreed to cover the debt in a $37 million deal. In exchange, TBN took over the board of directors and controlled it.  There were major changes after this, including laying off of over 50 employees at the park and the resignation of CEO Tom Powell from his initial position at the Board of Directors.  The only people left on the board were the TBN founders, Paul and Jan Crouch.  Jan became the acting president of the magnificent attraction.

After TBN acquired the theme park, it began regularly promoting the attraction on its global television channels. Many people took notice of the park, and the attendance jumped by over 30 percent. Within just a few months, there were already positive results being witnessed at the park, thanks to the new management.  Jan Crouch took her unique personality to the park, and within one year, things had changed, most notably the park’s style.  There were over the top displays, lights, and gold items.

Later on, the park built a 2,000 seat Church of All Nations in the building, evoking a Roman Coliseum.  With the magnificent state of the art technology, the church became the performance hall of all the Holy land experience famous stage shows. TBN televisions events were also hosted there.

Under Jan’s leadership, there were several additions to the attraction, such as a mini-golf course attraction that featured guests putting golf balls into Goliaths head, a hidden walkway where guests could stand next to a statue of Jesus. However, after Jan’s death on the 31st of May, the attraction held an estate sale that got rid of a huge number of the ornate items Jan had added to the park.

At the moment, the management is focused on restoring the park back to its original state. TBN had confirmed to Orlando weekly that theatrical productions would come to an end, and instead, the park will be reinstated to an educational living museum attraction. So all is not really lost, there are just some updates going on to get the park back to its original plan and function.

On that note, I would like you to take this opportunity of getting rid of the pests in your home or anywhere else by getting in touch with Keith at Tampa Pest Control. You will no longer have to suffer in silence or bear with pesky pests.

The Orlando vicinity is understood for Disney World, Universal Studios and different thrilling subject parks however those parks aren’t the cease of the tale. Orlando additionally has a biblical subject park, The Holy Land Experience, that’s each bit as wonderful because the famous secular points of interest on this region. If you and your own circle of relatives are stimulated with the aid of using tales of the Bible, then The Holy Land Experience will offer you with an thrilling and educative full-day enjoy. Let’s test what you could count on to locate at this park.

The foremost concept of this biblical park and museum is to convey the Bible to lifestyles and that they do it with the aid of using recreating the Holy Land because it existed 2000 years ago. So, in a sense, this park is sort of a time-gadget that takes you again to the historic era.

Here is how the Holy Land Experience internet site describes it:

“The walk-thru enjoy of The Scriptorium transports site visitors to historic and geographical regions of the arena in which displayed biblical files originated and offers visitors a dramatic expertise of the records of the Bible, the way it parallels the records of civilization, and the effect it has had upon the arena.”

Another critical showcase is the Wilderness Tabernacle. This is a undertaking of the cell temple in which the Israelites done their worship at some point of the 40 years of wandering withinside the desert. The presentation is designed to offer site visitors with an perception into the rituals and sacrifices provided at some point of this era.

If you’re curious to recognise what Jerusalem gave the impression of 2000 years ago, then the Jerusalem Model A.D. sixty six is the vicinity to go to. This showcase is the arena’s biggest indoor version of its kind. It is a forty five with the aid of using 25 foot-lengthy shape offers a lovely evaluate of what Jerusalem gave the impression of at the peak of its length and growth. Daily shows inform the records of the metropolis, from it’s beginnings as King David’s capital metropolis to its destruction with the aid of using the Romans in A.D. 70.

When you go to The Holy Land Experience, you do now no longer simply have a take a observe famous or photos at the wall, you furthermore mght have the possibility to study from biblical archaeologists who gift and give an explanation for the arena of the Holy Land. If you arrive whilst the park opens, then make sure to head at the 30 minute on foot excursion carried out with the aid of using one of the archaeologists.

One of the must-see capabilities of the Holy Land Experience is a motion-image which tells the tale of Esther. “One Night With a King” follows a younger female who rises from peasant to princess with the aid of using going towards the subculture and looking for the King’s coronary heart in preference to the riches of the kingdom.

The Bible additionally involves lifestyles in stay indicates which integrate drama and music. Here is what the reliable internet site says approximately those indicates: “Our stay indicates and productions variety from historic recreations to theatrical and musical showcases. Performed each interior and exterior with unique dialog, music, and lyrics, those shows are a critical a part of the challenge to speak the gospel fact of God’s Word.”

Some of the stay indicates encompass: Moses, Wedding at Cana, The Ministry of Jesus and The Last Supper. Not all indicates are provided on all days and the schedules are situation to extrade so that you will must discuss with the park to discover what’s going to be displaying while you go to. 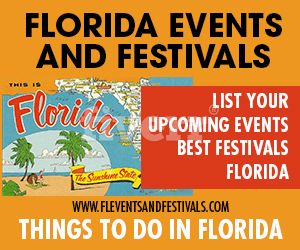